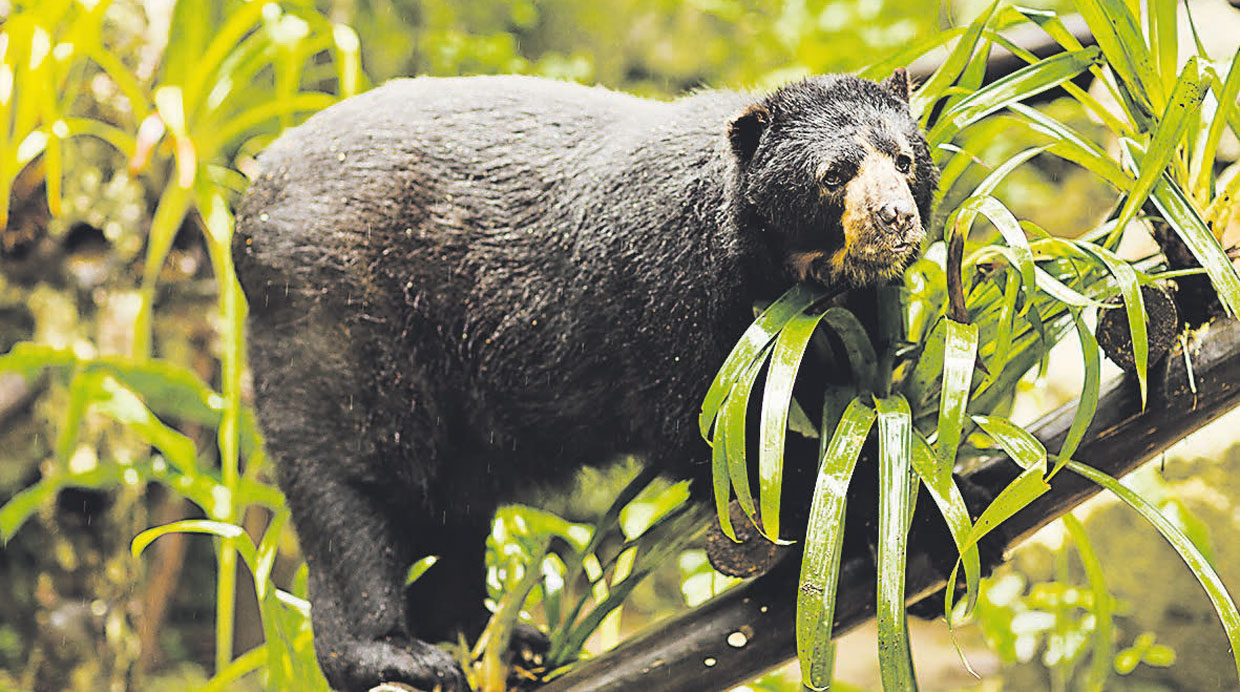 The good news comes from international research: the Andean bear, a vulnerable species at risk of extinction, populates the area of ​​the famous archeological site in large numbers.

It is known as the spectacled bear by the characteristic white circles around the eyes. It is the only species of bear native to South America.

The Andean bear lives in a territory that extended from Venezuela to Bolivia. An international study conducted by the Wildlife Conservation Society recently discovered a massive Andean bear presence in the Macchu Picchu area of ​​approximately 368 square kilometers.

The presence of this species has been known for a long time in the territory of the famous archeological site, and thanks to research, today we have a deeper knowledge of the population of the area.

Today, the number of Andean bears is estimated at around 18,000. A number that has declined in recent decades: according to the International Union for the Conservation of Nature (IUCN), the species is considered vulnerable and is in danger of extinction.

For this reason, the Wildlife Conservation Society has activated a program of constant monitoring of the territory. A particularly complex company since the Andean bear is particularly shy and lives in an area of ​​difficult access.

The program is an integral part of a larger project that plans to conserve more than 10% of the biological diversity of the Andes, the Amazon, and the Orinoco by 2020.

An important initiative to preserve the biodiversity of an area rich in nature, history and extraordinary culture.