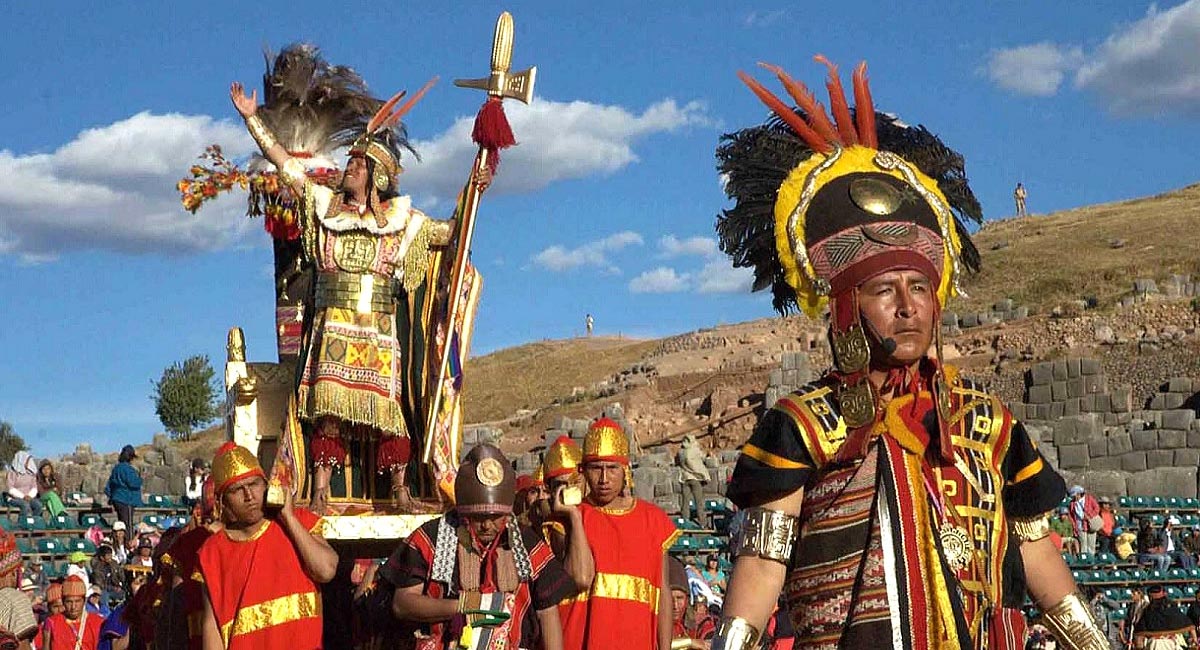 Inti Raymi is the name of one of the most suggestive and important festivals in Peru and it is certainly worth a trip.

Just think that it is the second largest public event in South America after the Rio de Janeiro Carnival.

The Inti Raymi festival is the main Inca celebration and has been celebrated for more than 600 years on June 24.

The date is not accidental. In Quechua, in fact, Inti Raymi means Feast of the Sun and, on June 24, the sun is at the point of maximum distance from Earth.

In the Inca era, this date symbolized the beginning of the new year and the rebirth of Inti, the Sun God.

The Inti Raymi festival takes place in the fortress of Sacsayhuaman, near Cusco. Very widespread in other Latin American countries such as Ecuador, the celebration was banned by the Spanish conquerors in 1572, as it is considered a pagan ceremony, and only restored in 1944.

The party lasts a week, during which Cusco is filled with music and historical performances with more than 500 actors and dancers.
Inti Raymi is also synonymous with tourism. Each year, in fact, more than 100,000 visitors come from all over the world.

The Inti Raymi festival begins on the morning of June 24 in the Coricancha square, in front of the church of Santo Domingo, built by the Spaniards on the Temple of the Inca Sun.

Here the Inca Sapa, the Inca emperor, recites the traditional invocation to the God of the Sun and is carried in procession on a golden throne, which weighs more than 70 kilos, towards the fortress of Sacsayhuaman.

On the way to the fortress, decorated with thousands of flowers, women continually clear the way to scare away evil spirits.

Then we proceed with the ritual (false) sacrifice of a white lama, to ensure soil fertility. The ceremony ends with a procession to Cusco.