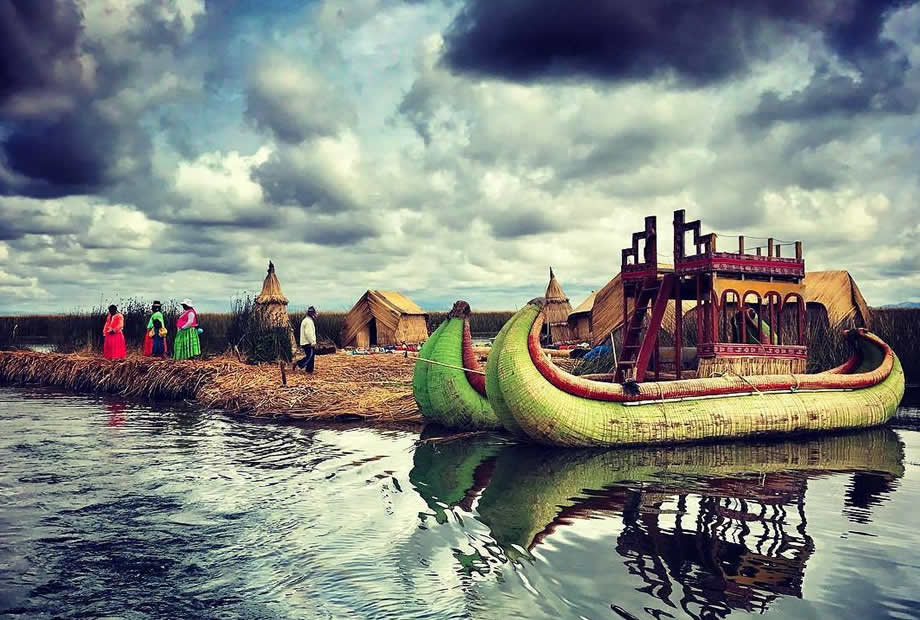 Extended between the Equator and the Tropic of Capricorn, Peru is the cradle of the Inca civilization (XIII-XVI century AD), the proud people who built Machu Picchu and knew how to live in total harmony with the Pachamama, the mother earth. But it is also an incredible treasure trove of biodiversity, as well as the home of one of the world’s finest delicatessens.

In total, there are 158 protected areas and 12 sites declared World Heritage by UNESCO; therefore, to list all the beauties that Peru contains between the deserts of the coast and the 6,746 meters of the Huascarán is unthinkable. Here are some suggestions to start planning your next trip.

Cusco, the navel of the world

Located at 3,399 meters above sea level, the ancient capital of the Inca empire welcomes you with a sparkling air that takes your breath away. When the conquistadors of Pizarro seized it, they left the ancient buildings in square stones intact and built their own. The two levels of history literally touch each other with hands: over the smooth stones of the Incas, perfectly fitted without the use of lime, there are wooden balconies, baroque churches, colonial palaces. Just look at the convent of San Domenico, built on the Coricancha, ancient temple of the sun god Inti, to understand that the result is simply stunning.

The Inca Trail to Machu Picchu Getting to Machu Picchu at dawn, after 43 km of trekking in the mountains, requires preparation and resistance to altitude, but it is probably the most evocative experience Peru can offer. The Inca Trail, paved for long stretches, is the same one used by the Incas to reach their mysterious sacred city: the environments pass from meadows to forests, from stony grounds to moss dotted with orchids. Each of the four stages of the route offers spectacular panoramas: glaciers, valleys and archaeological ruins such as Wynai Wayna, with dizzying terraces, or Runkurakay, with its splendid observation tower. And finally, the priceless prize of a walk among the silent and imposing buildings of Machu Picchu.

Titicaca, the highest lake in the world Located at an altitude of 3,812 meters, straddling Peru and Bolivia, Lake Titicaca offers views that alone are worth the trip. Do not miss the visit of the floating islands, easily reachable by boat. The soft fluctuating base on which you walk is made of totora fagots, a plant that grows along the shores of the lake, and supports the huts of villages out of time. From the inhabitants, belonging to the Aymara ethnic group, the islands are continuously renewed adding new fagots when those in contact with water rot. And with the same plant, the inhabitants make homes, boats and drinks.

In Nazca, where the gods wrote The Nazca lines are one of the most incredible examples of the technical expertise of the Nazca people, which flourished between 100 BC and 600 AD Consisting of more than 800 drawings, they represent animals and symbols whose meaning is not yet completely clear. Hummingbirds, whales, monkeys, spiders and many other tracks have been telling a story for centuries that time has failed to erase and that enchants for the absolute technical mastery with which lines and circles have been traced.

In the sacred valley of the Urubamba river, Cusco region, there is an ancient system that is still in perfect working order: these are the salt marshes of Maras. On the slope of the mountain, where a stream of hot and salty water flows, dozens of tanks have been built, fed by channels. The different stages of evaporation and the percentage of earth dissolved in water make this incredible place a sort of work of contemporary art, which from afar looks like a painting by Klee painted on the side of the mountain.

Arequipa, white as the snow of its volcano Located at the foot of the Misti volcano, Arequipa is built in sillar, a very bright white stone. Magnificent example of colonial architecture, the city offers superb buildings such as the cathedral of Plaza de Armas, the Jesuit church of the Company and the Monastery of Santa Catalina: here the spaces for the nuns, a real citadel within the city, will enchant you with small squares and hidden corners painted red and blue.

And in the Museum of Andean sanctuaries you can meet Juanita, the girl sacrificed to the gods by the Inca and preserved for centuries by the snow of Mount Ampato.