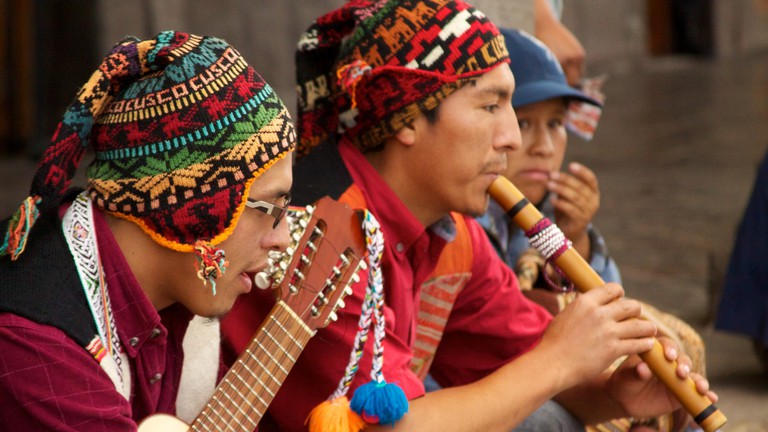 Small great contributions that have contributed to the evolution of Peruvian music.

Today, Peruvian music is increasingly successful, not only in South America but also in Europe, thanks to numerous artists and bands who have made known the rhythms and melodies of this extraordinary country to the world.

It would be impossible to list all the most important contemporary Peruvian artists, but we just suggest three proposals that should not be missed.

Let’s start with Susana Baca, a key figure in Afro-Peruvian music and twice winner of the Latin Grammy Awards.

From the first album, Poesia and Canto Negro of 1987, Susana Baca’s work is marked by a contemporary reinterpretation of the tradition, as in her masterpiece, Mama, released in 2010.

Susana Baca’s work earned her the appointment as Minister of Culture in 2011.
Undisputed protagonists of the great scene of Lima, the Novalima are one of the realities of reference of contemporary pop in Peru.

Formed in 2001, Novalima has an irresistible mix of pop, rock, Afro-Peruvian tradition and South American rhythms.

During their career they have not neglected the mix with electronics, as in Coba Coba, a small masterpiece published in 2008.

We conclude our trip in Peruvian music with a new promise, Kanaku and El Tigre.

A young band that has made the reinterpretation of tradition in a neo-folk key its emblem, quickly gaining recognition even beyond the borders of Peru.