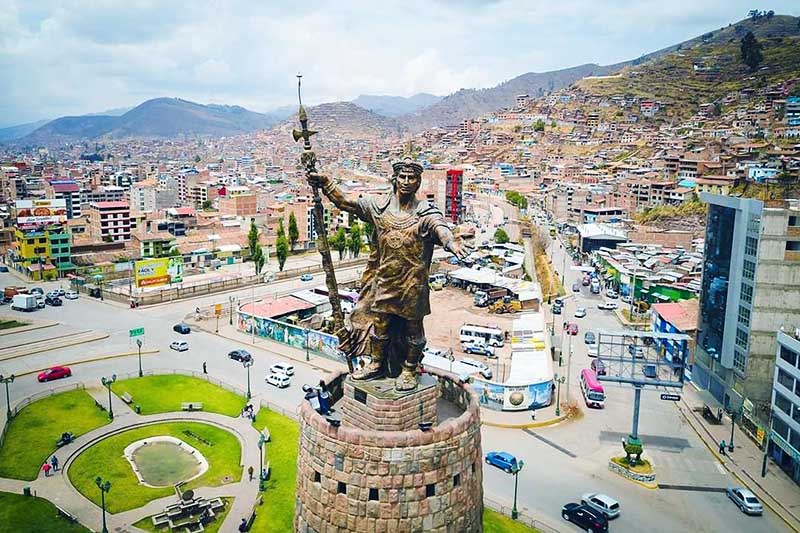 The Myth of Pachacutec

Those who plan to travel to Peru will certainly devote part of their days to visiting Machu Picchu , the lost city of the Incas, one of the seven wonders of the world and a UNESCO heritage site, the third largest archaeological site in the world after Pompeii and Ostia Antica.

There are many myths and stories related to the construction of this archaeological show and today its construction is still concealed in art by mystery.

The most reliable history is the one that sees the Inca emperor Pachacutec as the legitimate responsible, since during his dominion the empire reached the apexes of its splendor and its wealth.

There are also many myths related to the figure of this great emperor. According to Guaman Poma de Ayala , a native chronicler, Pachacutec was the strongest man of all and with his slingshot he threw golden stones at his enemies.

The imperor of the Inca Pachacutec

He lived between 1380 and 1460 and was the ninth Inca emperor, he and his conquests are responsible for the birth of a real empire. His victories made him famous in universal history.

Always Poma says that during the Pachacutec era thousands of people died and there was no rain for seven long years. This is due to the fact that the Chancas, a lineage of fearsome warriors very different from other Andean ethnic groups, with their aggressiveness moved from territory to territory every day to conquer, plunder and destroy villages and crops of the Andean valleys.

For the Inca empire they were very dangerous neighbors and therefore decided to suppress them once and for all.

And it is thanks to this battle that Pachacutec’s rise to power is seen. There are many myths related to his figure and the crucial battle that freed the Incas from the danger of the Chancas: it is said that the brave Inca commander Cusi Yupanqui received heavenly help from the god Wiracocha, who transformed several rocks into warriors, and it is thanks to these rocky warriors that the Chancas were exterminated. This victory made Cusi Yupanqui the Lord of the Empire by changing his name to Pachacutec, which means transformation.

From this moment on, the Inca Empire began the period of its greatest splendor and maximum expansion.

Many wars were fought; wherever the Incas extended their influence, their law would become the law of the new territory. Local customs would have been respected as well as religious beliefs.